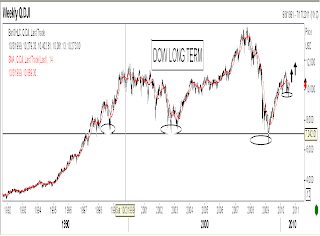 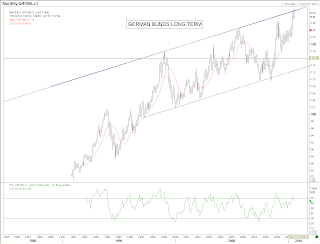 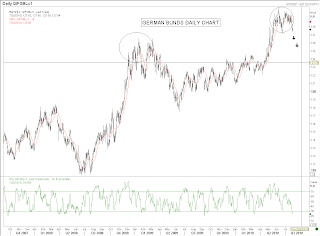 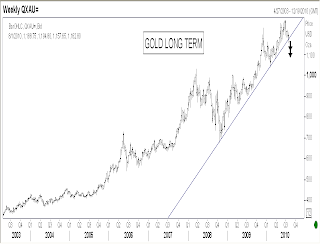 Till some time back one had to monitor the movement of the US Government Bonds to find out the risk aversion in the system. However I believe that the German Bunds are a better indicator of the risk aversion or risk taking the markets as today among the developed world the German economy is the best positioned in terms of its financial strength and growth prospects. The movement of gold prices is also important as gold today has become the most fancied investment for investors and from a position where a majority of the gold went towards actual consumption demand or demand from Governments today we have a scenario where investment demand is far greater than actual consumption demand which has been falling over the last three to four years. Gold today looks to be heavily overbought and likely to correct over the next few months.
Similarly German Bunds are also making a significant negative formation in terms of a double top formation where such movements in Bund prices over the last decade have typically led to big flows into risky assets.
Markets look like rallying sharply in the second half of the year. Targeting Sensex at 20-21k by the end of the year.
Tweet